Already in the U.S. legislation is pending to require all new vehicles to have smart tracking technology installed. The technology uses a radio signal to continually transmit a vehicle’s position, heading, speed and other information. Other vehicles will receive the same information, and their computers would alert drivers to an impending collision.  In effect, cars will calculate speeds and anticipate actions, even if that vehicle is hidden around a corner.  A car would also know when another car several vehicles ahead in a line of traffic had made a sudden stop and alert the driver even before the brake lights of the vehicle directly in front illuminate – another car accident and insurance claim avoided.

The technology’s already available, at only a few hundred dollars it’s cheap and expected to get cheaper. The intention of course is to eliminate car crashes (on no, an entire employment sector will be wiped out – bad!) but more importantly to eliminate personal road accident injury and death, obviously a very positive objective.

Car technology has evolved faster over the past 20 years than in the industry’s previous 100+ yrs combined. Cars are safer, stronger and more crash resistant than ever before – thus already significantly mitigating injuries, but this pending advance will be a quantum leap in reducing road deaths and serious injury.

And all this is happening in the U.S. right now – the land of the free and perpetually paranoid. You can hear the counter-arguments from here: – privacy issues – they know where I am and where I’ve been!, security issues – information hi-jacking, traffic chaos!   And industrial wastelands – who will want all those empty panelbeating shops?! And unemployment – what are all those highly qualified collision repair technicians going to do!?  It may be time to start selling down on all those high-demand free courtesy cars now… 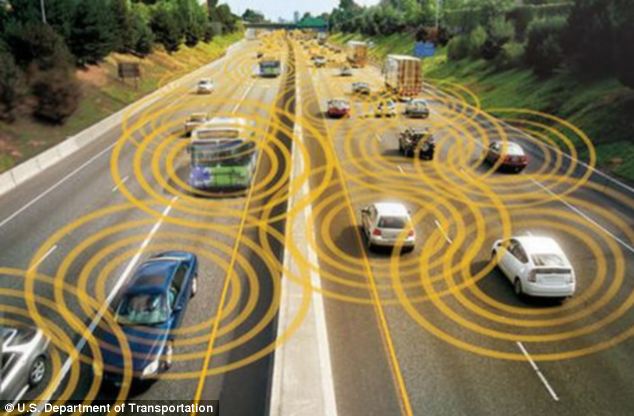