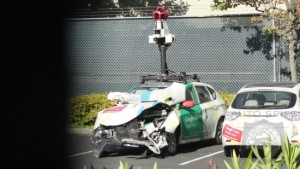 There was an excited announcement from our friends at the Insurance Brokers Ass NZ (IBANZ) recently – it had to happen sooner rather than later and sure enough the first driverless car policy has been launched in the UK market.  The broking firm presenting their new innovation is certainly hyping it up, but as always we’ll leave you to read the fine print.  It includes a few driverless car features and is a starting point, but far from generous.  The theory is that driverless cars will ultimately eliminated car crashes – potentially great news for driver health & safety and vehicle fleet operators.  We’re not convinced about the technology yet, particularly as the U.S. research tells us that Google driverless test cars are actually crashing at over twice the ‘official’ Google announcements would like us to believe.  It’s early days thought so we’ll leave you to make up your own mind.  See more at http://ibanz.co.nz/First-Driverless-Car-Policy/10193-701cc225-cbbb-407b-b439-f1652d4f9652/ or read the article below:

The broker said the policy is designed for consumers who may already have driverless features in their existing cars, such as self-parking, or who may be thinking of buying a new car with driverless or autopilot features.

Gerry Bucke, general manager for Adrian Flux said: “As the UK continues to invest in driverless research in preparation for the growing market for autonomous vehicles in the near future, we wanted to help provide confidence and clarity around the ongoing debate of ‘who is liable?'”

First of its kind

Bucke continued: “We understand this driverless policy to be the first of its kind in the UK – and possibly the world.”It’s a fantastic starting point for the insurance industry and the policy, like any other, will be updated as both the liability debate and driverless technology evolve.”

The broker advised that it hoped the policy would encourage debate and discussion around the issue of liability and autonomous technology and was a way of supporting the UK in being at the forefront of self-driving technology.

According to the firm the new driverless policy has additional features over a standard car insurance policy.

It listed that customers will be covered for loss or damage in the following scenarios:

•   If updates or security patches for things like firewalls, operating systems, electronic mapping and journey planning systems haven’t been successfully installed in the vehicle within 24 hours of the owner being notified by the manufacturer or software provider, subject to an increased policy excess
•   If there are satellite failure / outages that affect the navigation systems, or if the manufacturer’s operating system or authorised software fails
•   Where there is loss or damage caused by failing, when able, to use manual override to avoid a collision or accident in the event of operating system, navigation system or mechanical failure.
•   For loss or damage if your car gets hacked or an attempted hack results in loss or damage.

Bucke added: “More than half of new cars sold last year featured autonomous safety technology such as self-parking or ABS, which effectively either take control or take decisions on behalf of the driver. And it’s only going to continue.

“Driverless technology will become increasingly common in our cars over the next few years. We want this policy to reflect this transition and evolution.

“We already provide discounts for cars fitted with assistive technology such as autonomous braking as it has been proved to reduce accidents, and therefore claims. This is a natural continuation of the work that’s already gone into this area.”

Despite this a recent survey by Adrian Flux revealed that, of 1,800 customers questioned, very few said they would consider buying a vehicle with driverless technology.

Of those who answered ‘not likely’ to owning one of the new motors, just over 45% said they didn’t like the idea of giving up control to a computer, while 36% said they simply enjoy driving too much to hand over the reins.

One of the biggest problems identified was the vulnerability of driverless cars to hacking, with many high-profile cases involving big manufacturers such as Jeep revealing security flaws in existing software.

Bucke concluded: “We hope the launch of this policy provides a point of discussion for the insurance industry and the reassurance for the consumer who may wish to purchase a car with driverless features.”