It’s been a bumpy road to perfecting driverless cars but they appear to be here to stay despite the fact that driverless cars still crash, as seen recently with the Tesla speeding fatality in California. 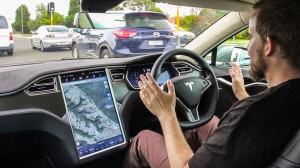 The technology’s developing almost monthly though and real life road testing is widespread in Europe, the US and Australia – and now Tauranga! According to New Zealand’s foremost authority on the wider automotive industry, Company Vehicle magazine, Volvo will start testing a driverless car in Tauranga on November 18th this year. Volvo have always been ahead of technological and car safety developments and have made some bold claims this year. This includes the objective that no person will be killed or seriously injured in a new Volvo after 2020 – only four years away! We will be watching the Tauranga trials with interest, and wish them more success than Tesla has had recently.