We all heard the bold claims from South African insurer YOUI. They made a move into the NZ market two years ago on a mission to revolutionise our car insurance market – well they’ve certainly done that. But there’s more to their market grab than meets the eye – YOUI has been charged with defrauding prospective customers by billing for unwanted or unconfirmed insurance policies as soon as a quote is requested. What were they thinking!? We’re told hundreds of victims are awaiting refunds from unwanted car insurance policies – just be careful how you drive in the meantime, the payout on any car insurance accident claim on those policies seems unlikely! Our friends at www.insuranceNEWS.com.au are up with the news and issued the following report on 15 August

The South African-owned insurer is alleged to have committed the acts between July 2014 and February this year.

“Youi has co-operated with the commission’s investigation and has indicated it intends to plead guilty to the charges,” the commission says in a statement. “As this matter is before the court, the commission cannot comment further at this time.”

A spokesman for the commission told insuranceNEWS.com.au a date for the court hearing will be known in coming weeks.

Youi allegedly failed to inform customers they are not obliged to pay for unsolicited insurance invoices and gave false or misleading information during sales phone calls.

People requesting policy quotes were told they needed to provide credit card and bank account details, and unauthorised direct debits were then made from the accounts.

“From the point the issues were brought to our attention we co-operated fully with the commission and speedily implemented changes to our business practices that had fallen short of customer expectations, service standards and legal requirements,” Youi CEO Danie Matthee said. “We unreservedly apologised to all affected customers.” 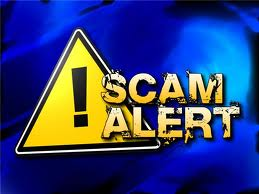 Youi has notified the Insurance Council of New Zealand about actions taken to improve procedures.