Published this week on www.insuranceNEWS.com.au, revelations about staged car accidents and the under-belly of the panelbeating industry. Only in Australia though, it’s never happened in New Zealand to our knowledge.  Or perhaps it’s just a matter of time, either way it makes interesting reading. 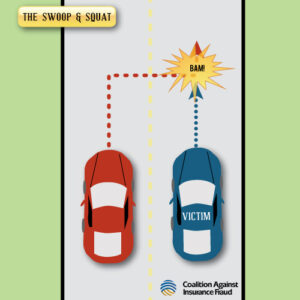 Rogue panelbeaters are charging insurers inflated bills for repair work that is, in many cases, deliberately engineered, according to industry experts.

“As an industry, we have to stamp it out,” he told insuranceNEWS.com.au. “If we are paying fraudulent claims, it’s just another form of organised crime.

“It is staged accidents… they are making good money out of it.”

In one case involving an LMI employee, a panelbeater offered to recommend a workshop if the man wanted some “damage” caused to his utility vehicle, for the purpose of making an insurance claim.

“It certainly needs to be addressed by the insurance industry and the police as soon as possible.”

The Insurance Council of Australia (ICA), citing a report by the Consumer Action Law Centre advocacy group, says the problem extends beyond panelbeaters.

“Behaviour by some replacement car hire firms, recovery agents, law firms and smash repairers… can cause confusion, distress and inconvenience to motorists, and push up the cost of insurance for all policyholders,” ICA GM Communications and Media Relations Campbell Fuller told insuranceNEWS.com.au.

“ICA is raising these concerns with relevant regulators. ICA also works to educate motorists about their rights and responsibilities in the aftermath of vehicle accidents, to avoid them agreeing to services that may not be covered by insurance, and might result in financial losses and delays in getting their vehicle returned.”

Melbourne private investigator Peter Hiscock, who has worked on such cases for insurers, says racketeering is “massively under-reported”.

“It’s not related to just small individual panel shops,” he told insuranceNEWS.com.au. “It may be related to chains of panel shops.”

The Consumer Action Law Centre raised similar concerns in May. It says the problem is partly due to car insurers’ measures to contain spiralling repair costs.

“As insurance companies squeeze the profits of car repairers, a business opportunity has opened up for lawyers to help repairers increase their profits, but the system cannot work without the involvement of the customer/client,” the law centre says.

“Unfortunately, too many clients don’t know what they have agreed to until it’s too late.”