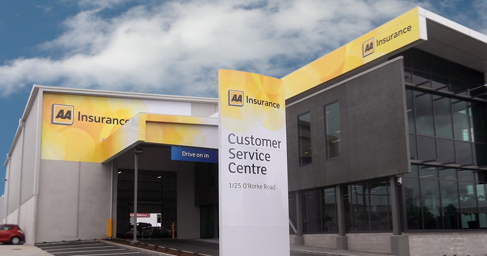 It’s a valid question being asked by many industry observers who are watching with interest as AA Insurance builds their mega-repair centre in Penrose. This is a first for NZ. The concern raised is that the chosen operator of AA Insurance repair shop is Assie company Capital SMART which is almost entirely owned by SunCorp who in turn owns the majority share of AA Insurance (the other third is owned by the Automobile Association).

The other concern being voiced is one of disclosure – it’s believe AA Insurance will soon be specifying their repair centre to all claimants BUT will they be advising those customers that in effect they own and operate the shop?

Finally, there’s the issue of motive. Independent repairers say they advocate for and act in the best interests of the customer when repairing the car in order to produce the best quality job in the fastest possible time. They also say they can’t be sure that the party paying the bill (the insurer) will be motivated to deliver an equal or better result due to the obvious conflict of interest. We’ll reserve our judgement until the proof emerges, but one side-effect is certain – all those “AA approved” repairers who dedicated themselves to AA business and played by the rules of visiting the AA depot to multi-quote/underbid their competitors to get the job, may soon loose all that business and the scale they needed to make that model work. Smells like another nail in the coffin the the collision repair industry. Let us know what you think?